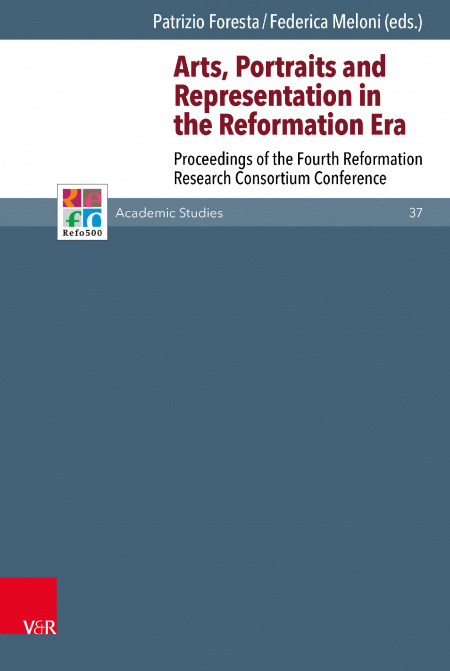 Arts, Portraits and Representation in the Reformation Era

The role played by artistic, literary, historical and theological representations in the establishment of the European Reformation has attracted scholarly attention over the years. While they were generally regarded as a significant means of conveying the evangelical message, particularly in a society with a low average literacy rate, this scholarly consensus was then seriously challenged by objecting that their meaning must have remained opaque to those who couldn’t read and interpret their sometimes multilayered imagery and their verbal and figurative messages. This volume, which publishes some of the papers delivered at the Fourth Reformation Research Consortium Conference held in Bologna, May 15th-17th, 2014, is an attempt to examine the visual intelligibility of the European Reformation by a comparative, multiconfessional and multidisciplinary analysis of examples taken from both the Catholic and the Protestant world in the Early Modern and Modern Era, with particular reference to the figurative arts, but also to history and theology. All the case studies included here examine their peculiar subjects with regard to their religious and artistic contexts, in order to understand their historical significance in a new fashion, combining approaches from political history, history of arts, historiography, anthropology, philosophy and theology. Thus, the volume offers a very rich outline of how visual culture and representation through arts was embodied in very different cultural portraits and images.