The Fondazione per le scienze religiose (FSCIRE), founded by Giuseppe Dossetti and directed by Giuseppe Alberigo until 2007, is a research institution that publishes, trains, serves, organizes, welcomes and communicates research in the field of religious sciences, with particular regard to Christianity, Islam and the religions with which they have been in contact.

The final destination of a journey that began in 1953 and is recognized as a Foundation by a decree of the President of the Italian Republic, FSCIRE has an agreement with the University of Bologna and other universities: it operates in conditions of full autonomy from churches and universities, collecting funds from public and private donations, foundations, companies and cooperatives, and creating synergies with other centers.
FSCIRE continues the scientific research in the field of historical-religious disciplines initiated by Giuseppe Dossetti (1913-1996) and developed by Giuseppe Alberigo (1926-2007), who was its soul and secretary for almost fifty years. FSCIRE has been recognized since 2014 as a national research infrastructure.

Giuseppe Dossetti left politics in 1953. His political career had started when he was a militant in the Italian Resistance movement; in the following year he became vice-secretary of the Democrazia Cristiana Party, founder of the Civitas humana association and then soul of the Cronache sociali journal.

Thanks to the presence of Cardinal Giacomo Lercaro in Bologna, he settled in the city, where he founded, with a group of like-minded people, the Centro di documentazione, a library specializing in Church History, which in a short time gained in dimension, quality and prestige, which was a rare phenomenon in Italy. The group which gathered around Dossetti shared the belief that by means of a wide range of readings, a rigorous vision of research, and the study of history, theology, patristics, exegesis and philosophy it was possible to foster a season of renewal of Christianity.

In 1956 the two dimensions, the more intellectual one and the one which was more clearly monastic, were separated. Nonetheless, the Centro continued its activities and collaboration with Dossetti, especially with the opening of Vatican II.

Dossetti participated in this Council as one of Lercaro’s periti and the Centro, called from 1964 Istituto per le scienze religiose, contributed as a workshop offering materials for the debates, but also weaving new intellectual relations (like those with Marie-Dominique Chenu, Yves Congar, Jacques Dupont, Jean Gribomont, Ivan Illich, Emmanuele Lanne, Jean Leclercq, Raimon Pannikar and Joseph Ratzinger), strengthening older ones (such as those with Hubert Jedin and Delio Cantimori), and receiving unequalled intellectual stimuli.

The conclusion of Lercaro’s episcopate in Bologna and the departure of Dossetti for the Middle East, provided reasons and motives for the renewal of the Istituto, whose new director then became Giuseppe Alberigo. At the beginning of the Seventies, the Institute became a reference point for the formation of a generation of scholars in the disciplines of the history of religion and for the great masters of that time, such as Roger Aubert, Henri Chadwick, Eugenio Corecco, André De Halleux, Georg Kretschmar, Aloys Grillmeier, Rudolf Schnackenburg, Brian Tierney, Jean-Marie Tillard and Robert Trisco.

The last institutional metamorphosis occurred in 1985, following the advice of Beniamino Andreatta: he believed that the juridical form of a foundation was necessary in order to acknowledge that what had been established had already surpassed the horizon of the earlier founders and protagonists. The Fondazione per le scienze religiose (FSCIRE), was hence founded in 1985 and assumed the name of “John XXIII” since it held John XXIII’s diaries.

Under the new administration, and with a new recruitment of scholars, FSCIRE could once again focus on extensive projects, such as the Edition of the Diaries of Pope John XXIII, whose results were also employed for the beatification of John XXIII in September 2000, and the five volumes of the History of the Second Vatican Council, later translated into seven languages.
FSCIRE was presided first by Andreatta from 1985 to 2007, then by Valerio Onida, former President of the Italian Constitutional Court (2007-2019). Since September 2019, it has been presided by Alessandro Pajno, magistrate and former President of the Council of State.

Over the years, the library has continued to grow, becoming an international reference point for scholars of the History of Christianity worldwide.
In 2018 FSCIRE launched the Giorgio La Pira Library and Research Centre in Palermo, whose activities focus on the History and Doctrines of Islam. The activity of the center moves along three main directives:

Therefore, the La Pira Library and Research Centre does not request, and will not accept, funding from Islamic countries: it asks for donations of paper and digital books which will increase its patrimony.

Andreatta among the audience during a conference on Dossetti on 29 November 1997. 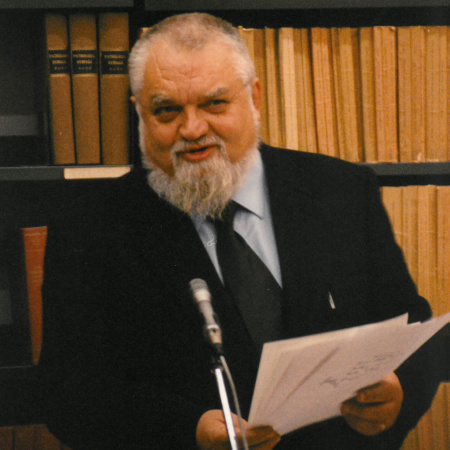 Enzo Bianchi at the conference on Dossetti on 29 November 1997. 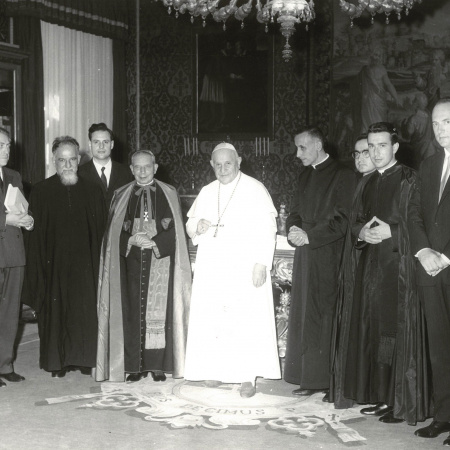 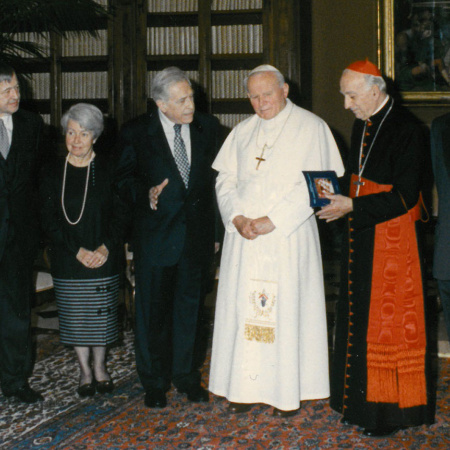 The audience with John Paul II on 2 December 1995. 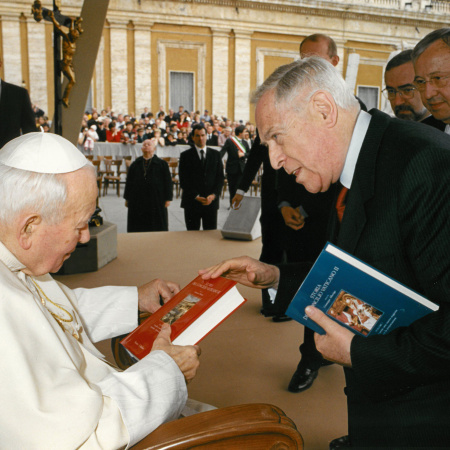 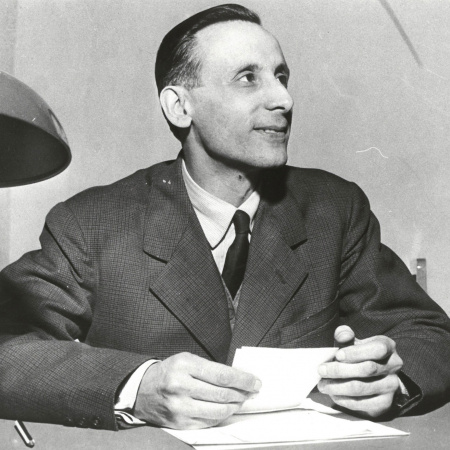 Giuseppe Dossetti at the Centro di documentazione in 1953. 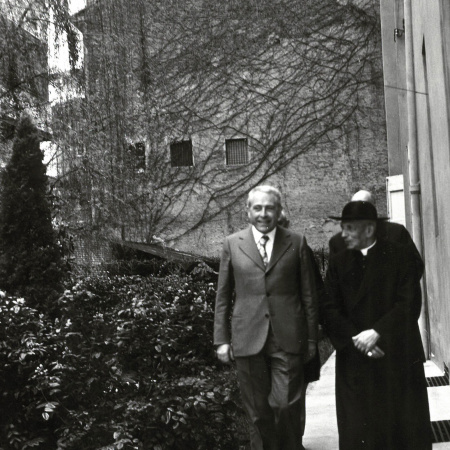 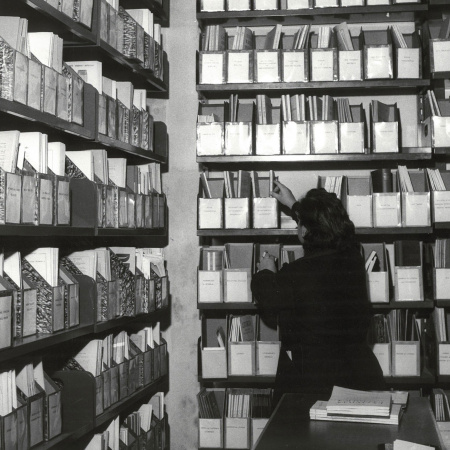 The shelves of the Dossetti Library in the 1960s. 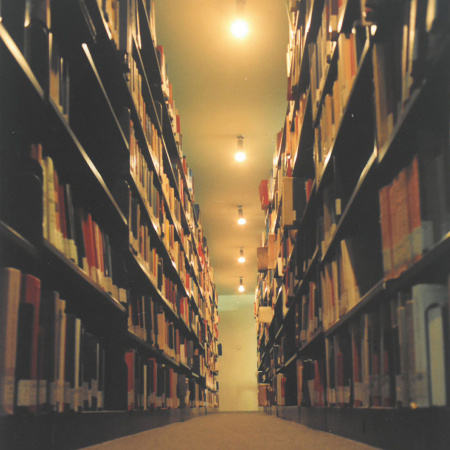 The library after a refurbishment in 1974. 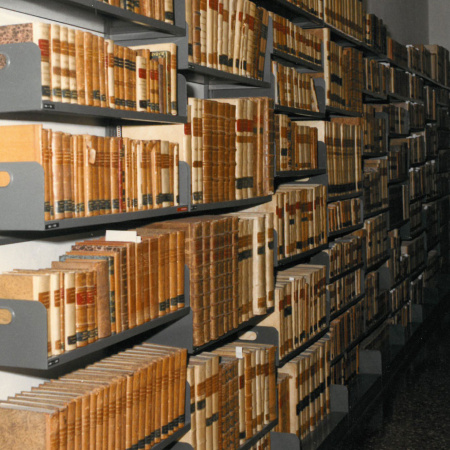 The archiepiscopal library deposited at the Istituto in 1980s.