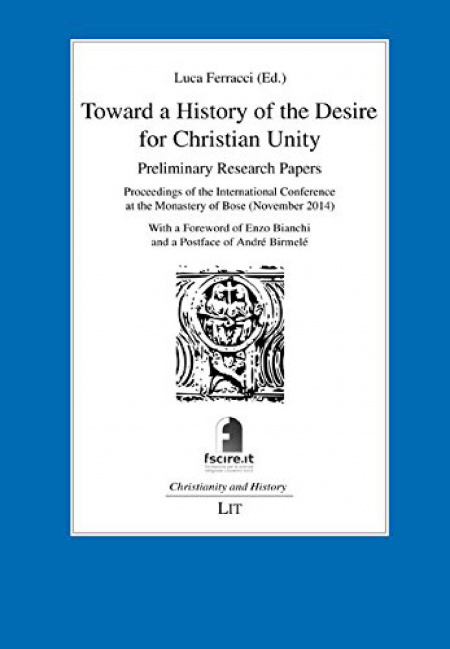 Toward a History of the Desire for Christian Unity

Proceedings of the International Conference at the Monastery of Bose (November 2014). With a Foreword of Enzo Bianchi and a Postface of André Birmelé.
A comprehensive work on the Christian Call for Unity has still to be written: it requires an analysis of the doctrinal elaborations and theological languages; a collection of individual and generational developments; a focus on ecclesiastical and institutional patterns, and an historical connection between ecumenism, politics and diplomacy. A number of scholars attempt to fill this gap: historians, theologians and members of several Christian denominations present their researches focused on the search for Christian unity and its history. The aim is to create a scientific network and to launch an international research program on the history of ecumenism in the 19th and 20th Century. This book presents the first results.

Luca Ferracci is a member of the John XXIII Foundation for Religious Studies in Bologna where he is involved in the international research program on the history of ecumenism.