Food for thought, food for soul

“Feeding the Planet”, the theme of the 2015 Expo, opened a vast rent in a curtain, unveiling the intangible dimension of nourishment, of those objects, sounds, words that keep man alive because they nourish his thought and his soul. FSCIRE wanted to promote this reflection through the creation of a series of installations inspired by the idea of an imaginary pavilion, an inner pavilion of what has fed and feeds human life. The installations, exhibited both within and outside the Expo, wanted to take up the concept of the typical structures of the transmission of knowledge and wanted to be the cathedrae of the humanist age, upon which one could rest and meditate. Food for thought, food for soul arose from an idea of Alberto Melloni, and was realized by the architect and designer Carlos Pambianchi, with a video by Fabio Nardelli of Piccola officina di videostoria.

The path traced by images and words, consisting in stages distinguished by the voices of protagonists in Italian research, culture and art, such as Haim Baharier, Enzo Bianchi, Paolo Sorrentino, Walter Siti and Patrizia Valduga, constituted the leading thread of an exhibition that could be viewed in such a way that every person might find his or her own inner pavilion.

This itinerary was also enriched by an editorial initiative with the publication of a volume of extraordinary value, Cibo del pensiero, cibo dell'anima / Food for thought, food for soul, which shows objects, manuscripts, faces and works that are capable of documenting the many dimensions of immaterial nourishment, realized together with the Veneranda Biblioteca Ambrosiana in Milan and the Touring Club Italiano for Skira Publications.

#FoodForSouls on Tour was, instead, the initiative designed to take the images and words of Food for thought to Italian towns and cities, to tourist and non-tourist places, to those of culture and commitment. The video tapes of the #FoodForSouls project were shown inside a mobile installation, a sort of “cine-bus” that traveled around Italy. The Teatro di Camelot, a theater company which includes actors with and without disabilities, accompanied the installation on its tour. The protagonists lived in every way the experience of a tour: the journey, the discovery, the technical setup, the performance, the audience, eating together, sleeping out, the energy of the theater. A road movie enacted with irony and humor, the result of great communicative effectiveness, credibility and capacity for emotional involvement. 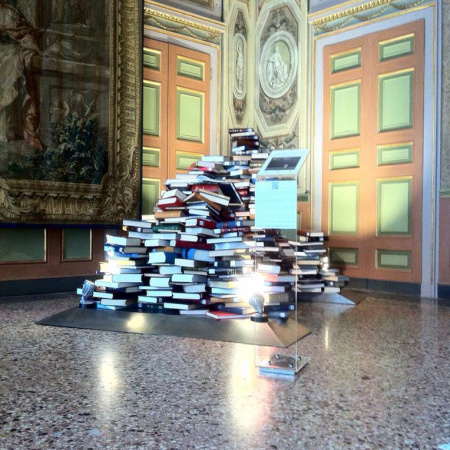 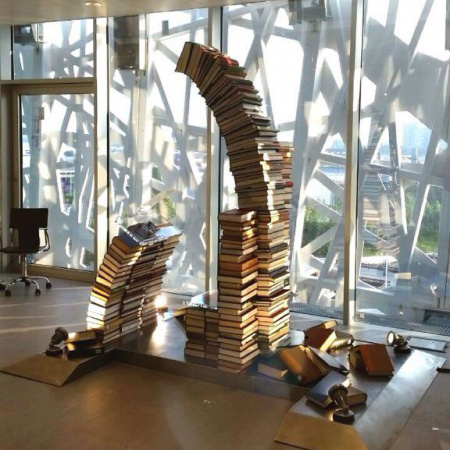 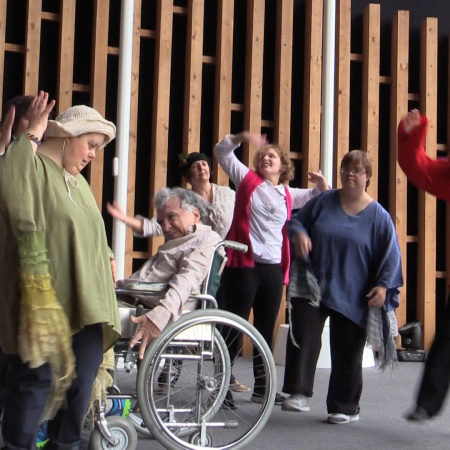 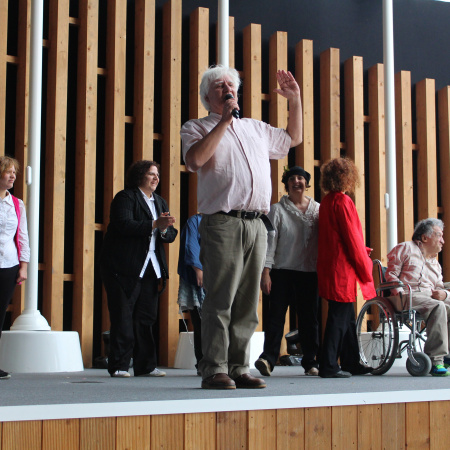